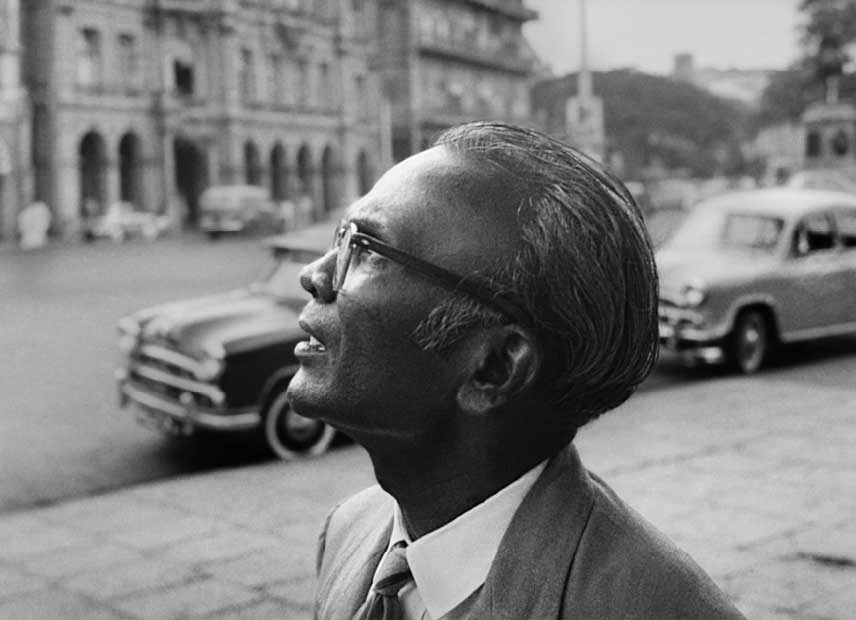 Born in 1913 at Bolarum near Hyderabad, Telengana Krishnaji Howlaji Ara did not receive any formal schooling or education in the field of fine arts. The son of a chauffeur, Ara spent the initial years of his life in his hometown, and only moved to Mumbai at the age of seven. Once there, he first made a living cleaning cars, and later joined the Salt Satyagraha movement that was led by Mahatma Gandhi during India's Independence struggle. He later worked as a car cleaner for a Japanese firm. He was only encouraged to paint as a profession later by an art critic from the Times of India, Rudy von Leyden, who saw the work he used to do in his spare time.
A founder member of the Progressive Artists' Group in Mumbai, K H Ara, in the critic Nissim Ezekiel's words, was the first contemporary Indian painter to meticulously use the female nude as a subject, not straying from the limits of naturalism.
Ara was also part of the managing committee of the Bombay Art Society in its fledgling years, and served on the selection and judging committee of the Lalit Kala Academy. He was also associated with the Artist's Center in Mumbai