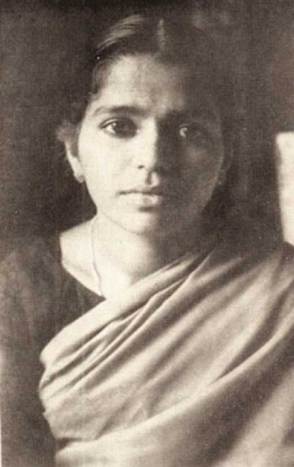 Born in a small village off Ponani, Malappuram district of Kerala, She received training from K. L. Devassi, the arts teacher of A.V High School and Vasudevan Namboodiri.

She continued her fine art education in College of Fine Arts and Crafts Madras in 1961.

She dedicated most of her life capturing the rural lifestyle around her. A significant portion of her work has female perspective, desire and presence in them. At time her paintings focus on the relationship between man and woman. Figures in her paintings are painted free and mostly nude  with rough and confident strokes of oil color on canvas. Painting  was a medium of  fullest expression for Padmini and she did not shy away from nudity. This was something which was rare in her time especially among  female artists. Padmini was only 29 years old when she died because of complications related to childbirth

A detailed life sketch of Padmini is available in the articles about her written by three men who were intimately connected with her life, viz., Mr. T.K. Divakaran, her uncle; Mr. K. Damodaran, her husband; Mr. Edasseri Govindan Nair, the famous poet.